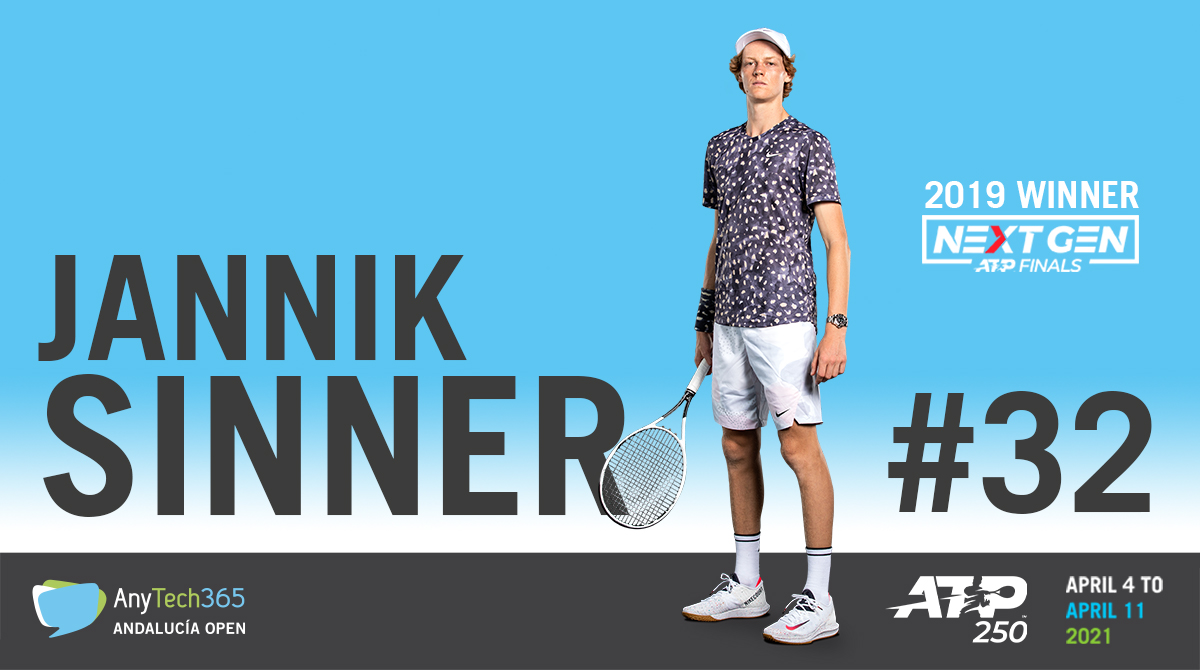 The current champion of the Next Gen ATP Finals, Jannik Sinner, will play the AnyTech365 Andalucía Open 2021.

At just 19 years old, the Italian player is one of the great promises of world tennis, as he demonstrated by winning last Sunday the final of the Great Ocean Road Open, ATP 250 tournament in Melbourne. That victory led to him becoming the youngest player to win two ATP Tour titles since Novak Djokovic.

This title is the second in a row after winning the last tournament he played in 2020 in the city of Sofia, a landmark that only Rafael Nadal had achieved so far at that age.

But this triumph for Sinner has not only led to two important records, it has also allowed him to place at No. 32 in the FedEx ATP Rankings, the highest of his career.

After just 24 hours of rest, he jumped onto the court to make his debut at the Australian Open, where fatigue could take its toll on a tight five-set match that ended up losing to the 11th seed of the tournament Denis Shapovalov.