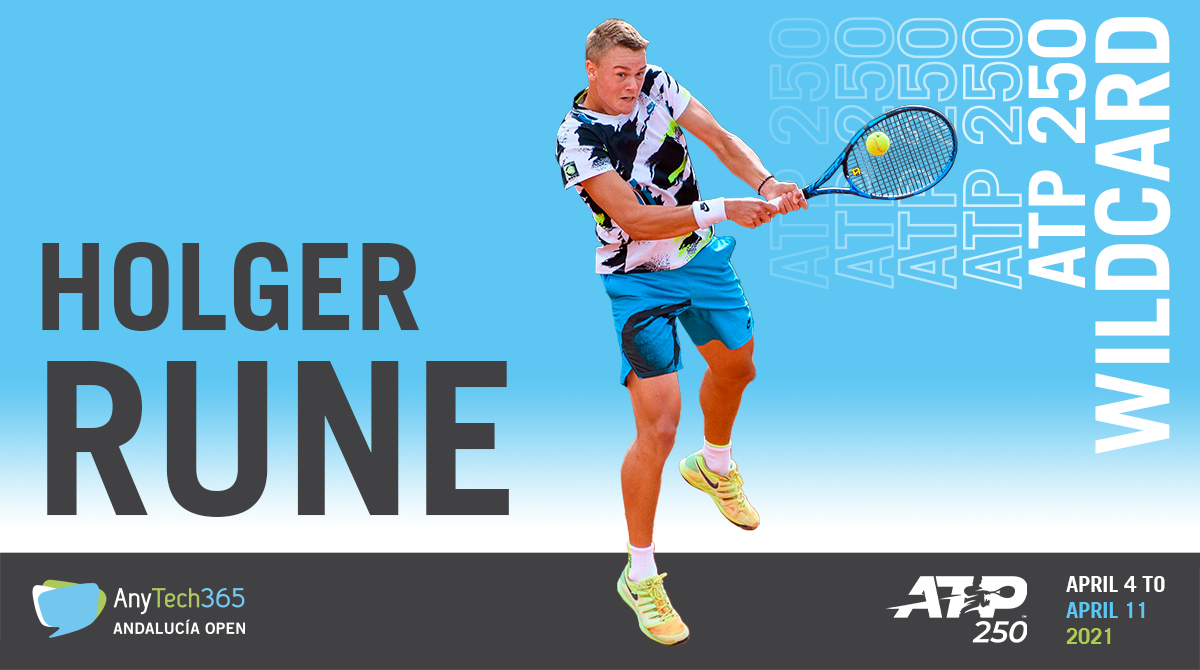 Holger Rune will play the AnyTech365 Andalucía Open ATP 250 main draw. The Danish player (world number one of the ITF tennis junior rankings and 2019 Roland Garros boys' singles champion) gets wild card from the organization. The 17-year-old tennis player will arrive at Puente Romano in order to confirm his talent. He played his first ATP match this year and he reached the Santiago Open quarter-finals.

Rune is the first wild card of the ATP 250 tournament but the organization still has two remaining. Even if he is playing the main draw next week, his debut will be during ATP Challenger 80 as an "alternate" at the Singles Qualifying Draw. Regarding the Challenger that starts this Sunday, Leo Borg, Carlos Gimeno and Carlos Gomez Herrera will be wild cards for the ATP Challenger 80 main draw.

Holger turned pro in 2020. He has won ITF M15 title in Bressuire (France) and runner-up in Manacor and Villena (Spain) this season. His ATP debut was in the Argentina Open 2021. He lost however to 5th seeded Albert Ramos Viñolas in 3 sets. At the Chile Open the very next week, Holger record his first ever ATP win and he would then follow this up with his first top 30 victory over Benoît Paire in straight sets to reach his first ATP quarter-finals.

The tennis player is back again in Marbella for the second year in a row. He is training hard for the European clay season and practising with big players such a world number one, Novak Djokovic.