Taro Daniel, 6th Top Seed, also advances to the quarter-finals and will be his rival.

Mario Vilella Martínez and Nikola Milojevic will fight for a place in the semifinals.

Munar will face now the Japanese Taro Daniel who won his match against the local wild card Carlos Gómez-Herrera. 7-5; 6-4 was the result. The day started with a big win for Mario Vilella Martinez. He beat the 7th Top seed, Damir Dzumhur. The Spaniard played a powerful and direct tennis to pass into the quarterfinals.

On the Next round, Vilella Martínez will play against Nikola Milojevic. The Serbian (who won last week in Zadar) beat Maxime Janvier 6-1; 7-5.

The AnyTech365 Andalucía Open Challenger 80 already has the four teams that will fight for the final victory. The 1st Top Seeds, Dominic Inglot and Matt Reid continue on their way without giving up a set. Today, they defeated Roberto Carballés Baena and Eduard Esteve Lobato by 6-3; 7-6 (3).

Their rivals will be another two Spaniards, Carlos Gómez-Herrera and Mario Vilella Martínez who beat David Marrero and Adrián Menéndez-Maceiras. Villela complets a big day with two victories.

The 2nd Top Seeds, Romain Arneodo and Hugo Nys are in the semis after the victory against Miguel Ángel Reyes-Varela and Fernando Romboli. Next match, versus Marc Polmans and John-Patric Smith. The Australians defeated Danilo Petrovic and David Pichler by 7-5; 6-3.

The AnyTech365 Andalucía Open Challenger 80 will face a decisive day this Friday. Doubles and Single Draw start their final part. Gianluca Mager and Roberto Marcora will be the first on court, playing for a place in the semis. After them, Mario Vilella-Nikola Milojevic and Martin Klizan- Alessandro Giannessi. Jaume Munar and Taro Daniel will be the last match of the Manolo Santana Court. In the meanwhile, the Doubles final will be revealed. 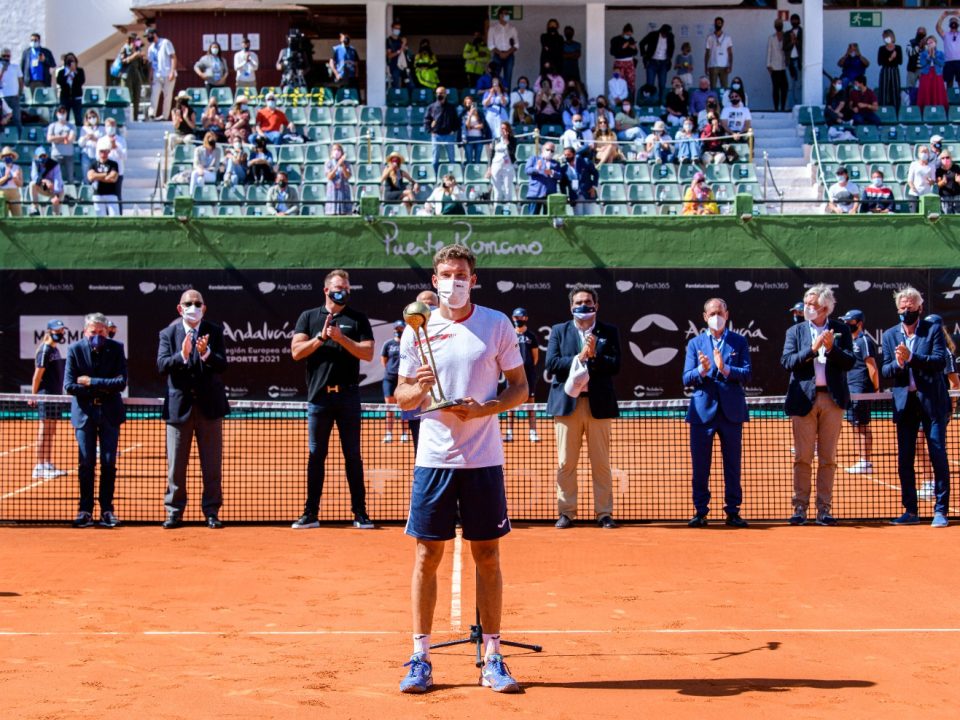