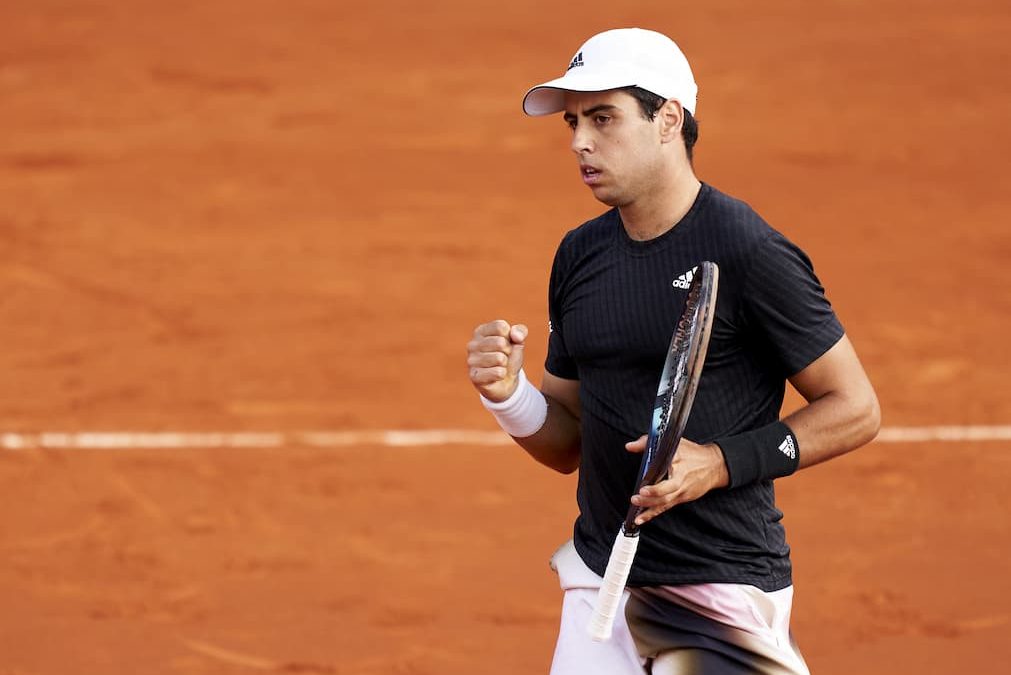 
Friday will decide the semifinals of the tournament in Marbella

The current finalist of the AnyTech365 Andalucía Open, Jaume Munar, has shown his skills on the center court of Puente Romano with a solvent victory in two sets against the also Spanish Nicolás Álvarez Varona. The match that closed the day's tennis on Marbella's clay showed the most solid version of the three-time runner-up of the tournament. A victory that gives him confidence for the next match to be played this Friday in the last round of the Manolo Santana court.

The Spaniard will now have a tough test, the second top contender for the final victory, the Slovakian Alex Molcan, who won his match in the third set tiebreak against another Spaniard, the Valencian Bernabé Zapata Miralles.

At the top of the draw, the first of the quarterfinals will be disputed by the German Philipp Kohlschreiber and the Argentinean Pedro Cachín. The German managed to come back from a set down against the Spaniard and number 8 top-seed, Carlos Taberner, while the South American won in two sets against the Frenchman Manuel Guinard.

In the doubles draw, the semifinals are already set and the four favorite pairs will fight for the title. The top contenders, Aleksandr Nedovyesov and Aisam-Ul-Haq Qureshi, defeated the Swiss duo of Stan Wawrinka and Spaniard Pablo Andújar. Like them, Hugo Nys and Jan Zielinski (2), Harri Heliovaara and Nathaniel Lammons (3), and Roman Jebavy and Philipp Oswald (4) also advanced.

REBEKA MASAROVA BEATS THE 5TH FAVORITE TO REACH THE QUARTERFINALS

Spanish tennis will be represented in the quarterfinals of the women's draw of the AnyTech365 Andalucía Open; Rebeka Masarova has managed to overcome a first set against French Clara Burel (5) and win a match that allows her to continue looking ahead in the Andalusian tournament.

Her next opponent will be another French player, Oceane Dodin. Dodin was in charge of opening the day on the Manolo Santana center court, in a match where she caused a surprise with her victory over the 2nd favorite, Varvara Gracheva. After an initial 6-0 defeat, she recovered and managed to win by a double 6-2.

At the top, there will be a clash between two of the top contenders for the final victory. Egypt's Mayar Sherif (3) and Slovakia's Anna Karolina Schmiedlova (8) sealed their qualification for the quarterfinals of the tournament.

In the doubles section, the semifinalist couples of this edition have been completed. This Friday it was the big favorites, Aleksandra Krunic and Alexandra Panova who have taken a step further in the draw, as well as Vivian Heisen and Katarzyna Kawa. Both pairs will now compete for a place in the final.

Friday's AnyTech365 Andalucía Open 2022 will decide the four semifinalists of the tournament in both the men's and women's singles draw. Puente Romano Beach Resort will host the top seeds in contention.

The winner of the tournament in 2019 and number 3 seed, Pablo Andujar, will face the young talent from Taipei, Chun-hsin Tseng. A match that will start no earlier than 13h and provided that the preceding match between Mayar Sherif (3) and Anna Karolina Schmiedlova (8) has finished.

The first favorite of the women's draw, the Montenegrin Danka Kovinic will face the Italian Martina Trevisan (7). And to close the day on center court, the spectators will be treated to a thrilling encounter between Jaume Munar (6) and Alex Molcan (2).

The rest of the quarterfinals will be played on court 1, where names such as Spaniards Roberto Carballés and Rebeka Masarova will be looking for a place in the penultimate round of the tournament.

The finalists of the two doubles draws (men's and women's) will emerge from the clashes played on courts 4 and 7.