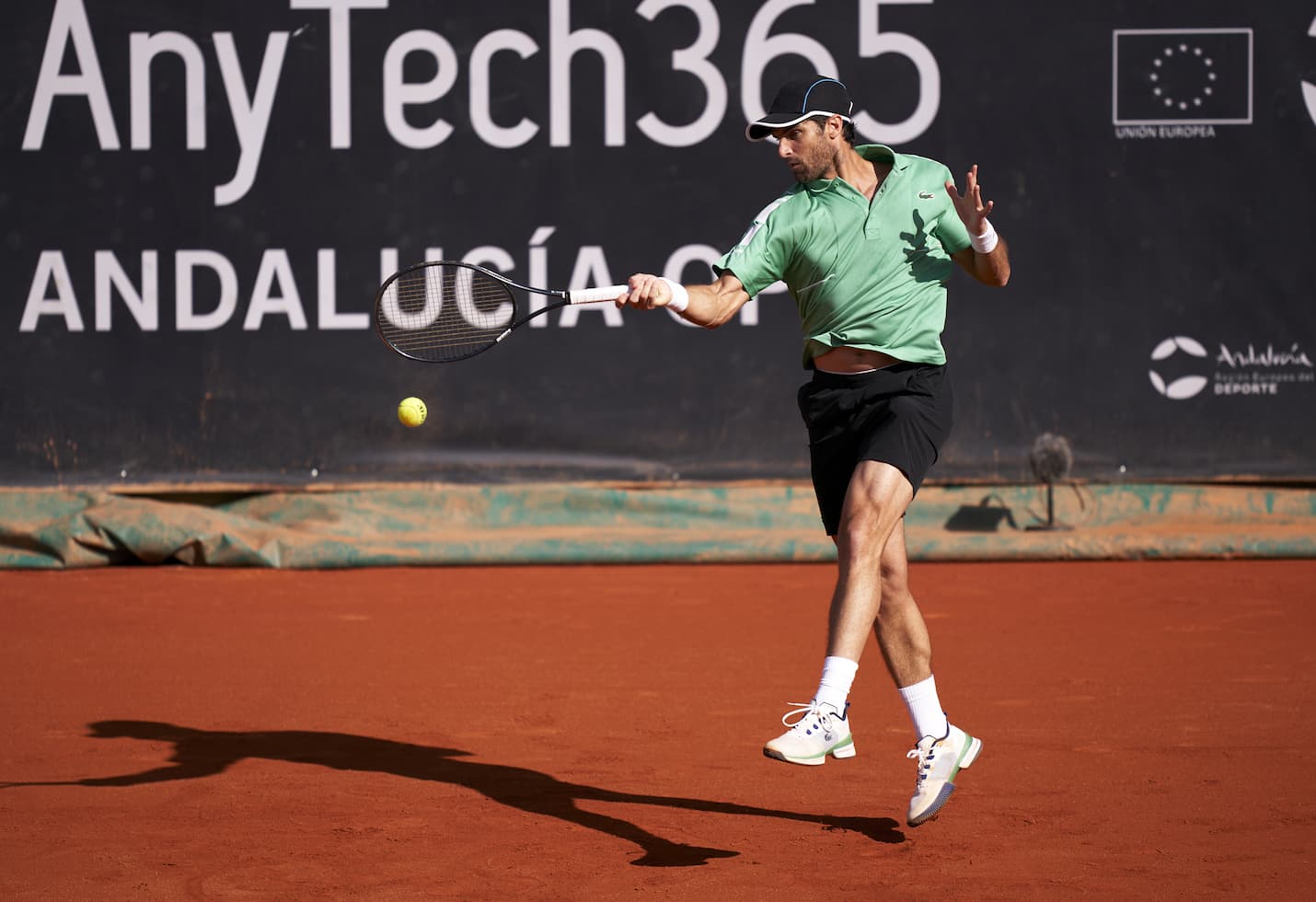 The top seed in the women's draw, Danka Kovinic, reaches the quarterfinals

The top seeds of the AnyTech365 Andalucía Open are advancing steadily and are already in the quarterfinals of the tournament. Spaniards Pablo Andújar (3) and Roberto Carballés (5) are through, as well as the 1st favorite of the women's draw, Montenegrin Danka Kovinic.

Pablo Andújar was in charge of opening the match for the second consecutive day on the Manolo Santana center court. Under completely opposite weather conditions to the previous day and under the Marbella sun, the 3rd seed managed to impose his tennis in two sets against the German Yannick Hanfmann, closing the match with a resounding 6-0 on the scoreboard.

Andujar's next opponent will be the young Asian pearl Chun-hsin Tseng. The tennis player from Taipei got rid in two sets of the Swedish Elias Ymer, who defeated Stan Wawrinka the day before.

The other top seed Spaniard, Roberto Carballés Baena, also sealed his pass to the next round in two tight sets against the Italian Federico Gaio. The Spaniard will fight for a place in the semifinals against another favorite, the Czech Jiri Vesely (4) who won the Central European duel against the Slovak Norbert Gombos.

The day featured an intense order of play in doubles, where the duo of Stan Wawrinka and Pablo Andújar won in the ‘super tie break’. Spaniards Mario Vilella Martínez and Carlos Gómez-Herrera also moved on, as did top seeds Aleksandr Nedovyesov and Aisam-Ul-Haq Qureshi, Britons Jonny O'Mara and Ken Skupski and Roman Jebavy and Philipp Oswald. Finally, the duo formed by Alexander Shevchenko and Petros Tsitsipas also sneak into the quarters.

The top favorite for the final victory in the AnyTech365 Andalucía Open, the Montenegrin Danka Kovinic sealed her pass to the quarterfinals on the center court of Puente Romano in two sets against the "wild card" Elina Avanesyan. Her opponent in that round will be the Italian Martina Trevisan (7) who defeated the German Anna-Lena Friedsam.

The other quarter-final clash will be the one between the 6th top seed, the Hungarian Panna Udvardy, and the German Tamara Korpatsch. The former defeated Germany's Nastasja Schunk in two sets, while the German upset the 4th top-seed Arantxa Rus in the last round of the main draw.

Meanwhile, the doubles draw has already configured the first of the semifinals in the lower part of the draw. The second favorites, Irina Bara and Ekaterina Gorgodze, will face Rebeka Masarova and Panna Udvardy, two players who keep their hopes alive in both singles and doubles.

Three of the four matches to be played this Thursday on center court at the AnyTech365 Andalucía Open 2022 will have Spanish representation. The first to take to the Puente Romano clay will be Carlos Taberner (8) who will face German veteran Philipp Kohlschreiber. Once this clash is over, the Spanish Rebeka Masarova will try to defeat the 5th seed, the young French promise Clara Burel. The day will be closed by the current runner-up of the tournament, the Mallorcan Jaume Munar (6) who will face another Spaniard, Nicolás Álvarez Varona from Burgos.

The WTA circuit will be the protagonist of the start of tennis in the Andalusian tournament; the second seed, Varvara Gracheva will face the French Oceane Dodin.

On the other courts, there will be interesting duels such as those between Alex Molcan (2) and Bernabé Zapata Mirallés, Anna Karolina Schmiedlova (8) and Ana Bogdan or Mayar Sherif (3) and Elisabetta Cocciaretto.

Swiss Stan Wawrinka, who lost in his debut in the singles draw, is still alive in the doubles alongside Spaniard Pablo Andujar. Both will try to overcome the top favorites, the pair formed by Kazakhstan's Aleksandr Nedovyesov and Pakistan's Aisam-Ul-Haq Qureshi.