ROBERTO CARBALLES BAENA, No.1 TOP SEED, BEATED IN THE FIRST ROUND OF THE ANYTECH365 ANDALUCIA OPEN CHALLENGER 80

The Swiss Laaksonen beats Carballes and joins Sousa, Klizan, Gulbis, Marcora and Giannessi in the second round.

First big surprise in the AnyTech365 Andalucía Open Challenger 80, Roberto Carballes (No.1 Top Seed) is out of the tournament. The Swiss Henri Laaksonen beat him in first round by 1-6; 6-3 and 6-3. Carballés has finished his match with some muscular problems.

In second round, Laaksonen will face the Slovakian Martin Klizan. The champion of six ATP tournaments was dominating the game in the early stages (6-1). In the second set, the American Maxime Cressy get closer but the tiebreaker was for Klizan (7-3).

The first match of main draw was a high-level duel. On one hand, the 8 Top Seed, Evgeny Donskoy; and on the other, the Latvian and former Top 10, Ernest Gulbis. The final result, double 6-2 for Gulbis.

Gulbis’ next rival is Roberto Marcora, who beat the Australian Marc Polmans 6-3 and 6-1. Gulbis and Marcora will face again this season after ATP 250 in Singapore. The victory was then for the Italian.

Next for Sousa, the Italian Alessandro Giannessi. He won his match versus Joao Domingues in two straight sets. Both players played here last year and for the Italian is already his best performance.

The first victory of the day was for Javier Barranco Cosano. The 3rd Seed in the Qualy got a pass for the main draw, he defeated Nick Chappell in two straight sets, 6-2; 7-6 (4). Barranco improves his performance last year when he lost in the Qualy second round.

The Czech Vit Kopriva obtained the classification thanks to his victory against the Spanish Eduard Esteve Lobato by 7-6; 6-4. A tough match lasting almost two hours.

Nikolas Sánchez Izquierdo also qualified with a tough victory over Timofey Skatov by 4-6; 7-6 (1); 6-3, in two hours and forty-two minutes. The last qualyfied was the Spanish wild card Carlos Sánchez Jover. The 20-year-old tennis player beat Holger Rune by 2-6, 6-3; 7-5. The young Danish player finished his match with his left leg injuried.

On Tuesday, three Top Seeds will be on court and the doubles draw also starts. The Slovak Norbert Gombos (2), the Spanish Jaume Munar (3) and the Italian Gianluca Mager (4) will present their credentials for the final victory. In fact, Jaume Munar is the 2020 runner-up.

The Bosnian Damir Dzumhur (7) and the Japanese Taro Daniel (6) are the other top seeds playing on the 30th. Taro will face the 17-years-old Leo Borg, Björn Borg’s son (former world number one).

In addition, the doubles draw will bring double fun. No. 1 Top Seeds (Dominic Inglot and Matt Reid) will be on of the first teams on court. 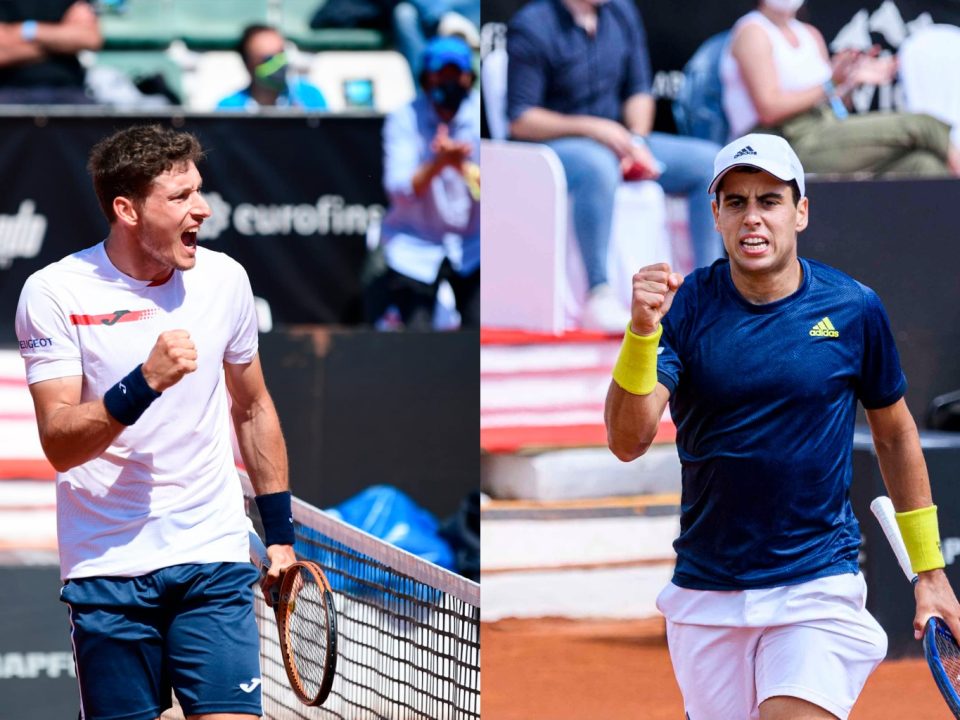