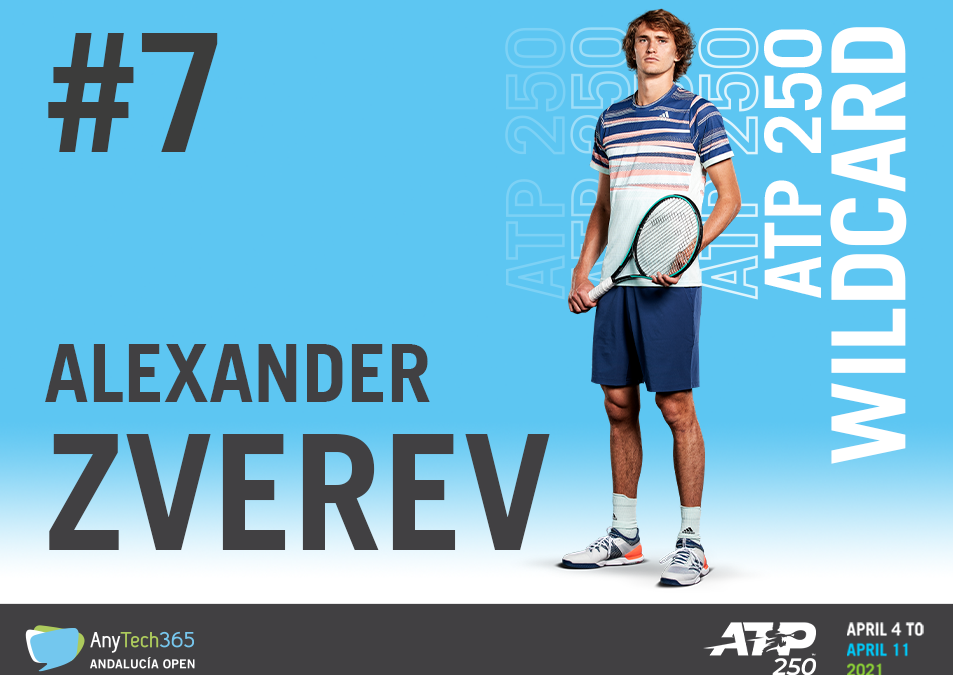 ALEXANDER ZVEREV, No. 1 TOP SEED IN THE ANYTECH365 ANDALUCÍA OPEN AFTER THE LAST MINUTE WILD CARD AWARDED BY THE TOURNAMENT

The German Alexander Zverev, No. 7 of the FedEx ATP Rankings, will fight for the title of the AnyTech365 Andalucía Open. 14 ATP titles, including 3 Masters 1000, Alexander will be the 1st Top Seed of the tournament thanks to a Wild Card from the organization. One of the best rackets on tour, he becomes the favorite to the trophy.

Zverev, who has won at least one trophy each season for six years in a row, has started this 2020 reached Australian Open quarterfinals and after that he won Acapulco ATP 500, after beating Greek Stefanos Tsitsipas in the final.

Alexander Zverev (Hamburg, Germany. 1997) is one of the great talents of tennis, his best ranking was No.3. 2018 Nitto ATP Finals champion, Zverev has three Master 1000 titles, two of them on clay (Madrid 2018 and Rome 2017), in adition he reached US Open final last year. He is also one of the few tennis players who has been able to beat the "Big-3".